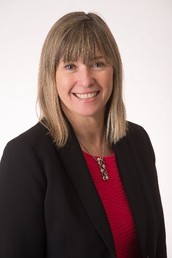 Elizabeth Kunz, CEO of Girls on the Run International, is a lifetime advocate for girls' and women's issues and has always encouraged others to recognize the power they have to create, nurture and transform their own lives and the world at large.

About Liz
​Liz spent the first eleven years of her professional life in corporate America before transitioning to the non-profit sector in 1996. It was while working at the YMCA that Liz first learned about Girls on the Run. Its mission profoundly resonated with Liz's personal mission and she started volunteering for the organization in 2002. She joined the staff as Chief Operating Officer in 2006 and has served as CEO for the last eleven years. Liz has presided over an incredible time of organizational growth and brings significant expertise to Girls on the Run in setting strategic direction and creating an inclusive culture of empowerment, gratitude and joyful purpose. 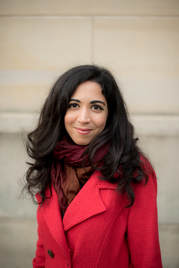 Former instructor in positive psychology at the University of Pennsylvania, Smith is also a columnist for The New Criterion, as well as an editor at the Stanford University’s Hoover Institution, where she manages the Ben Franklin Circles project: a collaboration with the 92nd Street Y and Citizen University to build meaning in local communities. Born in Zurich, Switzerland, Smith grew up in Montreal, Canada. She graduated from Dartmouth College and earned a masters of applied positive psychology from the University of Pennsylvania.

About Emily
We’re all striving for happiness—but our culture’s obsession with instant gratification is only making us miserable. After over a hundred interviews, as well as years of research into positive psychology, neuroscience, philosophy, and literature, Emily Esfahani Smith has discovered a more enriching way to live a good life: and that’s through the search for meaning. In her compelling new book, The Power of Meaning: Crafting a Life That Matters, Smith offers methods for individuals to let go of unreasonable, unattainable standards of happiness, overcome adversity, and pursue goals that reward over the long haul. At Girls on the Run, this sense of purpose is embedded into our organizational culture—making beliefs and values align for personal well-being as well as the bottom line.

Smith’s articles in The Atlantic have been read over 30 million times, and her writing on culture and psychology—drawing on neuroscience, philosophy, and literature—have also appeared in The Wall Street Journal, The New York Times, TIME, and other publications. Fresh from the TED 2017 main stage, where her talk was listed as one of the top ten most popular of the year, Smith is a keynote speaker who helps us think differently about the stories we tell ourselves and help us identify what makes life worth living. 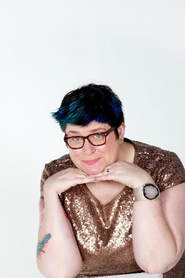 Stand up comic and diversity trainer, Jessica moves individuals and teams from abstract fears to actionable habits that lead them to work together more effectively.

About Jessica
Humor is a great equalizer and is often the quickest way to diffuse conflict and move toward real connection. With a background in stand-up comedy, Jess frames even difficult subjects in an engaging and welcoming way. As a professional speaker, her expertise earned her the Certified Speaking Professional designation from the National Speakers Association, a designation held by fewer than 800 people world-wide. As a facilitator, she provides the frameworks for open, welcoming and productive conversations.

For almost 20 years, Jess has educated, supported and challenged folks to support and guide diverse audiences to success. Her social justice and diversity curricula as well as her publications, books and resources are highly regarded and used nationwide.